Anarchism and Counter-Culture: the Centrality of ideas

A presentation at the Johannesburg leg of the Afrikan HipHop Caravan 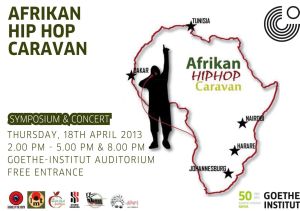 One may ask what a presentation on anarchism has to do with hip-hop. I contend that within these two movements exist shared ideas and sentiments, building blocks of a deeply critical and self-conscious political culture. Both share a deep anti-establishment ethos; a mistrust of established institutions of social and political control. Both come from and are based amongst the oppressed.[1] At its core, hip-hop shares with anarchism its desire for political and social change via people’s movements and expression.

A fuller discussion and appreciation of anarchist culture, however, and its message of grassroots community and individual empowerment, can, I think, serve to broaden the already rich tapestry of hip-hop culture and its impact on those it serves to educate.

END_OF_DOCUMENT_TOKEN_TO_BE_REPLACED

Trade unions have played a major role in defending workers’ rights against the bosses and politicians, also in advancing workers’ interests. This is why, even today, workers are still loyal to their unions. However, there are obstacles within the unions – one being the union bureaucracy, of paid and full-time officials. This can develop its own interests, undermining the unions.

This is a challenge faced by many unions. This bureaucracy is at times unable to represent workers’ grievances effectively: they often spend more time fighting amongst themselves for certain positions within the union instead of for workers’ rights. Due to this bureaucracy, which is structured hierarchically, higher positions hold more power, including in terms of decision-making. Those in leadership are often full-time and recieve much higher salaries than those of the workers they represent. This means they often want to prevent union actions that threaten their own positions, like long strikes.

END_OF_DOCUMENT_TOKEN_TO_BE_REPLACED

We, anarchists, are committed to building a society based on self-management and equality. We identify with the analyses and experiences of Mikhail Bakunin, who stated the need for freedom beyond the limited confines of “democracy” – where you are only free to vote on who is next to govern you. Bakunin argued that freedom comes responsibility: this included responsibility to others in the maintenance of this freedom. We need a society based on these principles; an anarchist society which expects from each according to their ability, and provides to each according to their needs.

END_OF_DOCUMENT_TOKEN_TO_BE_REPLACED 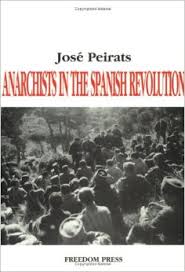 Almost 80 years ago the peasantry and working class of Spain, inspired by anarchism and syndicalism, rose up to change the world. The Spanish Revolution of 1936-1939 involved millions creating, from below, a new society of freedom based upon equality and participatory democracy. Had the revolution succeeded and spread, the world would have changed forever. Rather than being trapped in decades of oppression and crisis and futility, humanity could have invested the last three generations into a universal human community of libertarian communism and scientific advance.

END_OF_DOCUMENT_TOKEN_TO_BE_REPLACED

‘I woke at 5.00 am. Passos, who had been up and about for hours, was sitting on his bed reading Determinism and Responsibility by Hamon. I grabbed a towel and went downstairs to wash my face. When I came back from the yard, after drying off, I saw two individuals. It was a moment or two before I realised who they were. With revolvers drawn they spoke to me and asked me harshly: “Where’s Domingos Passos?”Anticipating another of the attacks that our comrade had been through so often before, I was keen to cover for him and said that he was not around. I told them: “There’s no Domingos Passos living here!”

END_OF_DOCUMENT_TOKEN_TO_BE_REPLACED 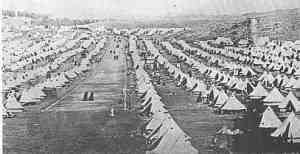 As the 100th anniversary of the outbreak in August 1914 of World War One fades, let us remember that imperialism harms all working class people – including those in imperialist and Western countries, and the white working class.

It is often said that Western workers benefit from imperialism, or imperialist profits, or that welfare in the West is funded by imperialism – but all of these claims fall in the face of realities like World War One (1914-1918). This war – between Germany and Britain and their respective allies – was, at least in part, fought for a re-division of the European-ruled colonies.

END_OF_DOCUMENT_TOKEN_TO_BE_REPLACED 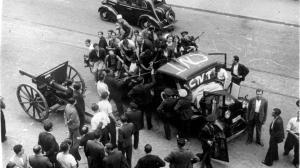 The ideas of anarchism have often been misunderstood, or sidelined. A proliferation of studies, such as Knowles’ Political Economy from Below, Peirats’ Anarchists in the Spanish Revolution, and others, have aimed to address this problem – and also to show that anarchism can never be limited to an ideology merely to keep professors and students busy in debating societies.

Anarchists have been labeled “utopians” or regarded as catalysts of chaos and violence, as at the protests in Seattle, 1999, against the World Trade Organization. However, anarchism has a constructive core and an important history as a mass movement – including in its syndicalist (trade union) form. It rejects the authoritarianism and totalitarianism often associated with Marxist regimes, and seeks to present a living alternative to classical Marxism, social democracy and the current neo-liberal hegemonic order. It rejects both the versions of Marxism that have justified massive repression, and the more cautious versions, like that of Desai in his book Marx’s Revenge, which claim that a prolonged capitalist stage – with all its horrors – remains essential before socialism can be attempted. It rejects the ideas that exploitation and oppression are “historical necessities” for historical progress.

END_OF_DOCUMENT_TOKEN_TO_BE_REPLACED

The planet is warming. This is not new to the earth’s history, which is billions of years old. But why the controversy regarding this fact? Does it lie in the association between climate change and the man-made contributing factors to this change? Is it because of the reality of the impact of the industrial age; the very foundations on which modern capitalism and empire has been built? Many within these industries spend billions on promoting the idea that climate change is a naturally-occurring phenomenon. But scientists around the world show convincingly that man-made fossil-fuel economies (economies built on the use of oil and coal, which release massive amounts of pollution and carbon dioxide into the atmosphere, creating the greenhouse effect and global warming) have contributed, over a short period of time, to rapidly accelerating the usual naturally-occurring effect. The impact has been, amongst other things, rising sea levels, increased drought and destructive weather patterns. However, this knowledge has been met by a strong response from capitalists – and the politicians they fund – to throw doubt on the role and culpability of the industries that are causing the most damage (and have made them very rich and powerful.) They continue to fund “alternative” research and media propaganda to do so.

END_OF_DOCUMENT_TOKEN_TO_BE_REPLACED

In this section we address questions that have been posed to ZACF militants. We are sharing these discussions because we think these are important and pertinent issues in Southern Africa. If you have questions you would us to address in our next issue, please get in touch!

In this column, comrade Themba Kotane, a union militant, asks:

Will the United Front (UF) address the crises we are currently facing in South Africa? I am concerned about how the UF works and who leads it. In my own view we don’t need a leader, we need to all have equal voice. How can we build the UF as a basis for a stateless, socialist, South Africa?