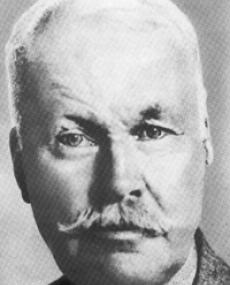 If W. H. “Bill” Andrews (1870- 1950) is remembered today, it is usually as a founder and leader of the Communist Party of South Africa (CPSA, today the SACP). In that role, he served as party chair, member of the executive of the Communist International, leading South African trade unionist, visitor to the Soviet Union, and defendant in the trial of communists that followed 1946 black miners’ strike.

However, in his earlier years, Andrews was a leading figure in the revolutionary syndicalist International Socialist League (ISL). Born in Britain, Andrews was a skilled metal worker and came from the unions. After a brief stint in parliament for the SA Labour Party, Andrews joined other radicals in the newly-founded ISL in 1915.

In CPSA/ SACP writings, the ISL usually appears as a sort of CPSA-in-the-making, made of solid Marxists. The reality is that the ISL was – like many on the radical left worldwide – part of the broad anarchist tradition: in this case, it championed revolutionary syndicalism. It stressed uniting all workers, black and white, in One Big Union to smash capitalism and the state, and national/ racial oppression, and put the workplaces under direct workers’ control.

Andrews worked inside the Amalgamated Society of Engineers (ASE) (absorbed many years later into the National Union of Metalworkers of SA, NUMSA), helped run the ISL paper, “The International,” and was sent abroad by the ISL to attend a (failed) socialist peace conference in Stockholm in 1917. After his return, he was appointed paid ISL “industrial organiser” to promote revolutionary syndicalism through workers and shop stewards’ committees. His major aim then was to form a rebel Witwatersrand Shop Stewards’ Council. Although he stressed the importance of winning white workers, then the majority in unions, he actively supported efforts to organise Indian and black African workers and their strikes.

In 1921, like many of his comrades he helped found the CPSA, where he played a leading role despite being expelled from 1931-1938. He passed away in Cape Town in 1950, a grand old man of the Left, and remains an SACP icon.