The question of state government elections and running a workers or socialist political party continues to be raised in the working-class movement and the Left globally. As we may know, there was excitement about the rise of Jeremy Corbyn in the Labour Party in Britain, about the successes of left political parties in certain parts of Europe and Latin America and, more recently, certain shifts to more centrist positions in the United States amongst a section of the Democratic Party calling themselves “Democratic Socialists.” In South Africa, many workers and some activists seem cautiously optimistic about NUMSA’s formation of the Socialist Revolutionary Workers Party that participated in the 2019 general elections, but did not manage to get a seat in Parliament.

With this in mind, we need to look at issues of social transformation within the framework of what we want to achieve and the relationship between the means and ends of struggle in pursuit of these aims. The historic and ultimate socialist end is a society characterised by collective democratic control of the political and economic systems and one without class divisions and oppression of any kind – in real terms, a society without the state and capitalism in particular.

If this is so, is this revolutionary transformation possible by means of state power and political parties that aim to capture this form of power?

END_OF_DOCUMENT_TOKEN_TO_BE_REPLACED

In examining the possibilities for politics within and at a distance from the state, it is important to revisit the democratic traditions of the working class, which are often learned through struggles and strikes – and which were exemplified by the new unions of the 1970s and 1980s. Not much of this alternative tradition of democracy outside the state has been captured in official histories, which present the attainment of democracy in terms of the formation of a parliamentary government in 1994.

There is a larger problem here of how the working-class heritage – the intellectual and organisational and political traditions of labour and the left – has been side-lined in media, textbooks, monuments and narratives; this also involves a narrowing of our political imagination, with our view of “democracy” itself narrowed dramatically. There has been a focus on elections and political parties and electoral politics. This reflects and reinforces a view that assumes a separation of the political – basically left to the state and the parties – and the economic – issues like wage negotiations are left to unions, and union involvement in politics is increasingly reduced to lobbying political parties.

END_OF_DOCUMENT_TOKEN_TO_BE_REPLACED

This is a lightly edited transcription of a talk given by Prof. Lucien van der Walt on a panel on the eve of the 2019 national elections in South Africa: the International Labour Research and Information Group (ILRIG)/ Workers World Media Productions (WWMP) Public Forum, Isivivana Centre, Khayelitsha, Cape Town, South Africa 25 April.

END_OF_DOCUMENT_TOKEN_TO_BE_REPLACED

Twenty-five years into democracy the black working class majority in South Africa has not experienced any meaningful improvements in its conditions. The apartheid legacy of unequal education, healthcare and housing and the super-exploitation of black workers continues under the ANC and is perpetuated by the neoliberal policies it has imposed.

The only force capable of changing this situation is the working class locally and internationally. Yet to do so, struggles need to come together, new forms of organisation appropriate to the context are needed; and they need both to be infused with a revolutionary progressive politics and to learn from the mistakes of the past.

Outside the ANC alliance, there have indeed been many efforts to unite struggles – but these have largely failed to resonate with the working class in struggle and form the basis of a new movement. Nowhere is this more evident than with the newly-formed Socialist Revolutionary Workers Party (SRWP) – which got less than 25 000 votes in the national elections, despite the fact that the union that conceived it, Numsa, claims nearly 400 000 members.

END_OF_DOCUMENT_TOKEN_TO_BE_REPLACED 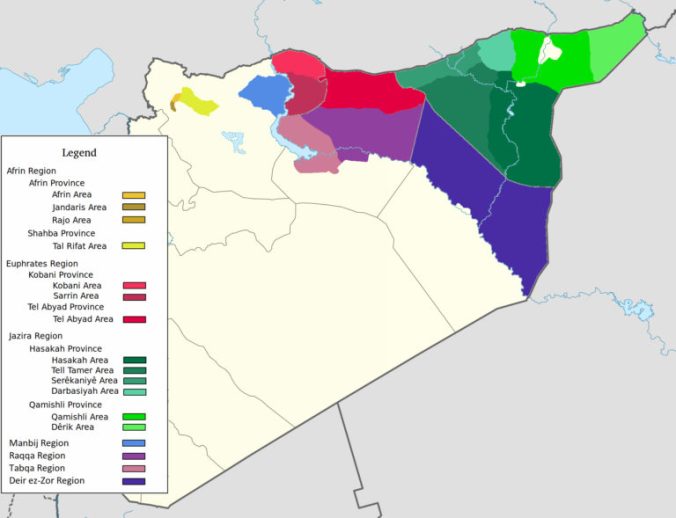 Map: Areas under the region’s administration.

For the past few years, most people would have come across news stories of how Kurdish fighters in Syria, especially women, have been crucial in battling the Islamic State of Iraq and Syria. Very few, however, would be aware that in the north and eastern parts of Syria these same Kurdish fighters are part of a revolution as progressive, profound and potentially as far-reaching as any in history.

In the north and eastern parts of Syria, an attempt to create an alternative system to hierarchical states, capitalism and patriarchy is underway and should it fully succeed it holds the potential to inspire the struggle for a better, more egalitarian Middle East, Africa, South Africa and indeed world. As in any revolution it has had its successes and shortcomings, but it is already an experiment worth reflecting on as it shows a far different world could be built to the extremely unequal and increasingly right-wing and authoritarian one that exists today.

END_OF_DOCUMENT_TOKEN_TO_BE_REPLACED 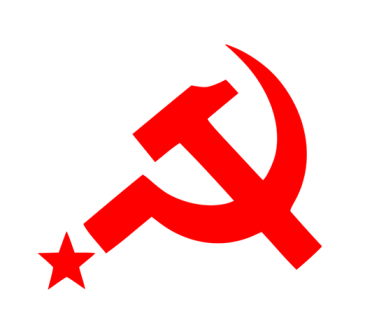 The question of state government elections and running a Workers or Socialist political party continues to be raised in the working class movement and the Left globally. As we may know, there was excitement about the rise of Jeremy Corbyn in the Labour Party in Britain, left political parties in certain parts of Europe and Latin America and, more recently, certain shifts to more centrist positions in the United States amongst a section of the Democratic Party calling themselves “Democratic Socialists”. In South Africa, many workers and some activists seem cautiously optimistic by NUMSA’s formation of the Socialist Revolutionary Workers Party that will seek to participate in the 2019 general elections.

END_OF_DOCUMENT_TOKEN_TO_BE_REPLACED

On 17 November 2017, the Minister of Labour announced the state intends to carry out a new round of attacks on workers and their rights. The attacks come in the form of three Labour Bills currently being considered by parliament: the Basic Conditions of Employment Bill, the National Minimum Wage Bill and the Labour Relations Amendment Bill. If passed, the changes to the labour laws these bills propose will be a major attack on workers’ rights, won through decades of struggle, and will further deepen and entrench inequality and roll back important democratic gains.